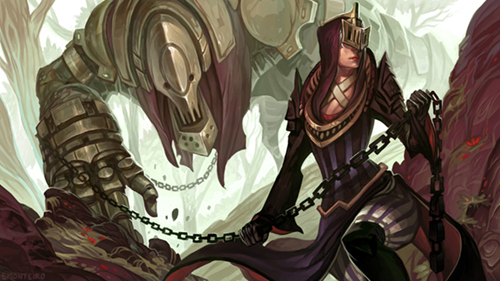 We are excited to share our newest artist interview with illustrator and student, Evan Monteiro! Evan is originally from Providence, Rhode Island, and is a current Illustration student The Ringling College of Art and Design in Sarasota, FL. He has participated in several Light Grey Exhibitions, such as Rolemodels: The Battle for Vyk'Tornaahl, and is one of the environmental artist in recent Great Personality Exhibition and Game. We are captivated by Evan's fantastical narratives, scenes of grandeur and adventure, characters, and lush, imaginative environments! Could you tell us a little about yourself- the person and artist?

I was born in Providence, Rhode Island, right under the massive shadow of The Rhode Island School of Design. Literally, I live two blocks away. I am thankful for that, as my career as an artist began in the RISD Museum. My mother would tell you that I was born an artist, and that I drew circles better than all the other toddlers, but I feel I can attribute my early passion to draw to two things: RISD Museum’s Free for All Saturdays (which my mother would take me to every month) and Cartoon Network. While the wonders of the museum showed younger me why drawing was important, early saturday morning Toonami cartoons and late night Adult Swim anime shows were a large influence on what I decided to draw.

As much as I enjoyed visiting the museum, Providence has a lot to offer for young artists. I attended a summer art camp called City Arts for a few years during middle school, I made monster masks with the Big Nazo Lab (this was really awesome as a child), and spent the majority of my high school years at a local art studio called New Urban Arts. I attended high school at Classical High School, a college prep school that... well...provided me with lots of time to draw in class, hahah. I am currently attending Ringling College of Art and Design in Sarasota, FL. 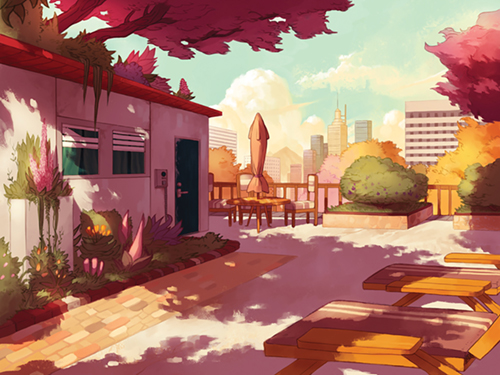 For the Great Personality Exhibition, you were prompted with creating two intimate and romantic settings. How did you go about creating these works and what elements did you include to set the mood?

When I approached these pieces, I thought of situations that I felt people could relate with. Experiences that are common, but still striking or memorable. With the balcony piece I thought of summer romances. Bright summer sun, warm colors, strong shadows, flowers, and a view of the city. I wanted a place to sit and talk for hours, hidden in the concrete city, a place just for you and someone else. I’m not sure I was able to portray exactly that, but I hope I was able to capture a similar feeling.

For the apartment piece, I wanted a spontaneous feeling. Clean enough to be presentable, but still clearly lived in. A moment where you bring people over, but didn't exactly have it planned very far in advance. Anticipation and excitement overcoming preparation. The room itself has clothes laying about, but through lighting the mood is set regardless. The lovers probably aren't paying too much attention to the clothes anyway. 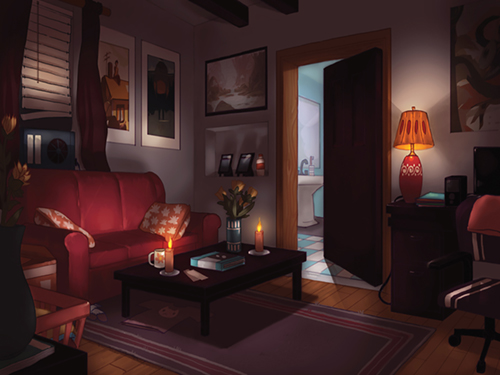 The environments you typically depict are vast, grand, fantastical, and otherworldly. Can you talk about the contrast between this and creating environments more grounded in reality for this show? Were there any challenges?

I can say with absolute confidence that the biggest difference between fantasy environments and these is that you can't fudge the details. Interiors especially require a lot of hard edges, straight lines, and perspective grids. With fantasy environments, you could have as many weirdly shaped, arbitrarily placed rocks and plants as you want to draw. For these two, however, I was constantly thinking “Why would anyone have that many pillows on a couch?” or “Who would be watering that many plants on a rooftop?” Reality really kills your fun sometimes, hahah. 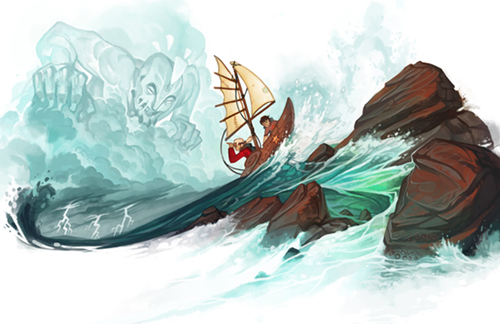 Can you talk a little about the role of storytelling in your work? What kind of stories do you like to tell, share, or take parts of? What elements do you include?

I love to tell stories of the occult in the literal sense, though my pieces tend to avoid the visual aesthetics that come with the genre. I like to paint witches, angels, mages, gods and clouds. I like exploring the mythologies of different cultures- Greek, Indian, Irish, Native American, and I love to play with the stories of their gods.

I think a big recurring theme in my personal work is the dynamic of scale. Scale in size, scale in power, etc. In many ways, the stories of gods and mythological entities in each culture showcase the highest scale of abilities- moments, places, and people that could only exist in stories. While the extent of those abilities vary from culture to culture and story to story, they say a lot about the priorities of the people that tell them. I like to try capturing the same sense of wonder and awe in my pieces that those stories are able to portray so well. 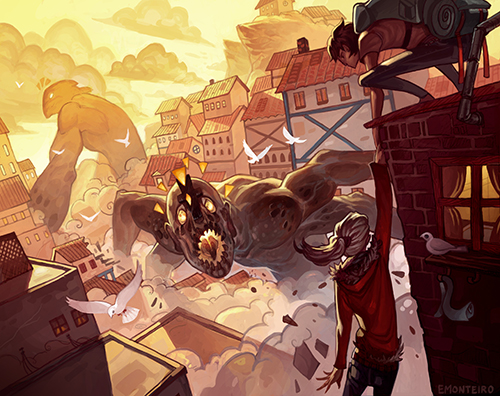 The Adventures of Major and Minor

What are some of the biggest differences in creating personal verses academic work or work for larger projects? Do the topics and themes ever relate?

With academic and contract work, there is usually this sense of anxiety/stress that comes with the territory. There’s a deadline, which always affects the way you think of the piece regardless of the length of said deadline, as well as the understanding that you don’t have final say on art direction. You always have to consider ‘Will the client like this design for clothing?’ or, ‘Is this far enough within their style?’ for parts of the piece that you might love as is. As far as theme, they can relate, though it usually depends on the client/teacher. When working on illustrations for card games, I’d say there is the strongest connection with my personal work. Academic work tends to vary from project to project.

Your environments make an appearance in an interactive dating game through the Great Personality Show! Do games inspire or influence elements of your artistic practice? (Video games, card games, etc?)

Absolutely! I interned at Riot Games last summer (and will be again this upcoming summer) working on League of Legends. I have played Magic the Gathering for a little over a decade now and have admired their artists for just as long. I was a huge MMO player for years, getting in to WoW, Aion, TERA, and GW2 before kicking the addictions when I started up school at Ringling.

What are some of your biggest sources of inspiration?

I find myself pretty split between sources of inspiration. In terms of contemporaries, I find a lot of inspiration from artists such as Vitaliy Shushko, Vasili Zorin, and Alexandre Zedig Diboine who work with vibrant colors, bold shapes, and generally heavy stylization. I also really enjoy the more painterly work of Chris Rahn, Karla Ortiz, and Tyler Jacobson. I look at a lot of Golden Age illustrators as well. J.C. Leyendecker, N.C. Wyeth, Charles Dana Gibson, and Coby Whitmore.

From animation, my biggest sources of inspiration would be One Piece, FLCL, and Tekkonkinkreet. All three of which have been huge influences on my growth as an artist. My book list is huge, but standouts include the works of Brandon Sanderson, The Hitchhikers Guide to the Galaxy series, and A Song of Ice and Fire. 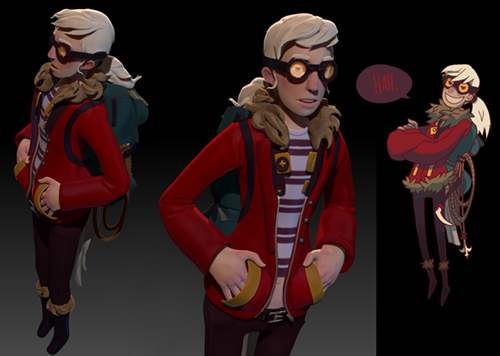 Snapshot from The Adventures of Major and Minor

Do you have any recent or upcoming projects or goals you can share with us? What are you currently working on?

I’ve had a pet project that I have been playing with this past year, a collection of stories about two young sibling explorers called The Adventures of Major and Minor. I havent been able to sit down and spend a big deal of time on the actual project, though I have a lot of fun featuring the characters in illustrations. I am currently learning zBrush, and just finished a character model of my character Major that I was pretty happy with.

Thanks Evan! if you want to check out more of Evan Monteiro's work, visit evanmonteiro.blogspot.com, check out his pieces for The Great Personality show at the Light Grey Art Lab online shop, or at our permanent online gallery, and don't forget to download the Great Personality game!
Posted by Jenny Bookler at 10:00 AM