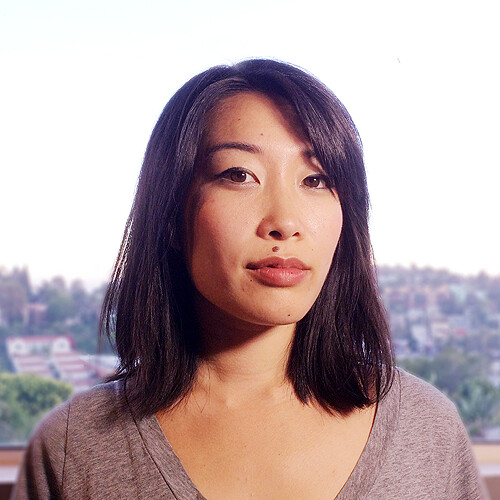 Meet Lynn Wang. Lynn is a talented character designer, animator, and creative, living and working in Los Angeles, CA. She graduated from Penn State University in 2010, receiving her Bachelor of Fine Arts and focus in Media Arts. She spent the past several years working in the animation industry, designing characters, and producing a variety of personal animation projects. Lynn has worked on a number of animated projects spanning from commercials to web series to television in studios such as Six Point Harness, Mondo Media, and more recently, Goldieblox. Lynn is currently a character designer for Walt Disney Television Animation.

Lynn has also participated in several Light Grey Exhibitions, including the Omnibus Treasury Exhibition and the recent Great Personality Exhibition and Interactive Game. It is always a pleasure to work with Lynn, and we are thrilled to celebrate her work and practice through this interview. You can take a peek at some of Lynn's past projects on her tumblr here. 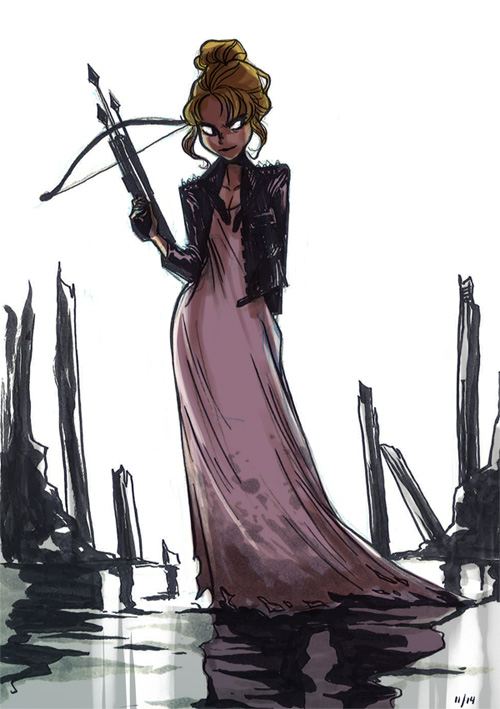 Hi Lynn. Can you tell us about your current studio practice?

I'm lucky to have an apartment with an extra room that my boyfriend (who also works in animation) and I have turned into a studio. Most of our work is done digitally, so our space consists of computers and cintiqs. We have this giant blank wall which we hang inspirational images or development materials for the current project we're working on. For my traditional works, I use my sketchbooks, blackwing pencils, markers, ink and watercolors! I tend use my sketchbook for life studies or to quickly scribble down an idea, and my computer for more finished works.

Did you always know that you were interested in animation and character? What were some of the influential moments along the way?

I have been drawing ever since the age of 5, and have always known I wanted to draw for a living. I spent a lot of my childhood watching cartoons, reading comics and playing video games...I think my interest in characters and story naturally evolved from that. It wasn't until I was in high school that I narrowed in on animation. I remember specifically that I had stumbled upon some rough animation for Aladdin (through some random Disney fanpage on the internet) and I couldn't stop watching it! I think from there was when I started to figure out the specifics of what I wanted to do and how I wanted to do it. 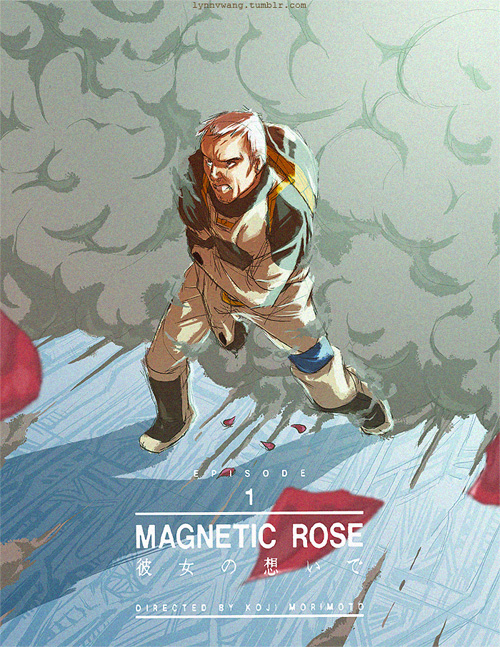 Your practice seems extremely diverse, and includes many ambitious projects. Could you talk a little about pursing projects and finding motivation to make new works? Do you have advice and thoughts accomplishing big ideas?

Thank you! I guess the simple answer is that I just get bored and restless if I'm not working on a personal project. A lot of the time, a new project will come up because I watch or see something that spawns an idea that gets developed into a bigger thing. The internet is just crammed with amazing art and short animations that it's hard NOT to develop the itch to make something yourself.

My honest advice about accomplishing big ideas is to literally just do it. Just sit down and plan it out and stay on schedule. Having a deadline really helps, like a premiere date for your project. Also, tell your friends about what you're doing while you're doing it! That way, you already have an audience waiting to see whatever you are making.

For some of these projects, you have been working with other animators. Could you talk specifically about collaboration- your role in the process, and the completion of work.

Well, a lot of animation projects are collaborative by nature, just because so much work goes into it. For my professional work, a lot of the time I'm only touch on a small part of a bigger project. I work with an extremely talented team of people at my current job, which includes writers, storyboard artists (who help write and rough out the sequences), background artists (who draw and paint the backgrounds), character designers, prop designers, animators, etc. All of us work together to deliver a final look for TV that tries to match the creator and director's vision.

For my personal projects, I mostly work with Ed Skudder and we usually try to split the workload 50/50. Generally, one of us will come up with a vague idea, and we will both write and plan out how the project is going to run and what it's going to look like. There are some things I can't do but Ed does, like composing music, but I'll compensate by taking on more of something else. 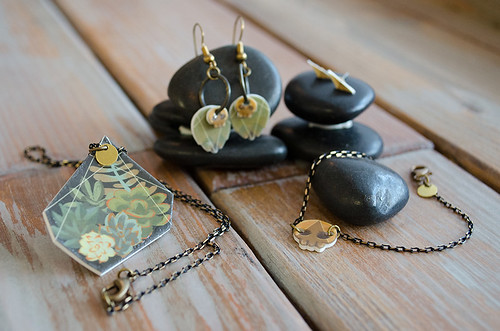 Could you talk about the collection you made for the Omnibus Treasury Exhibition? What were your inspirations? Design Challenges?

I am actually guilty of buying too much jewelry and not wearing it enough. For my Succulemetry collection, I took inspiration from the jewelry I usually shop for. I'm very drawn to simple, minimal, and delicate jewelry with some sort of geometric shape to it. I combined that with my favorite plants, succulents, because they are already very geometric in shape!

All of your work has certainly sensibilities to light, sense of humor, and interaction with the characters. Can you talk about some of the common themes that you are interested in? How have these themes and styles changed over time?

I think humor sticks out the most in my memory, so I think that translates into a lot of my work. I'm also really drawn to sci-fi, adventure, high energy kick butt-y things, monsters, and cute animals. I love the European comic and animation aesthetic right now, but I remember when I first started “developing” my style, I was very into anime and manga, so things have changed quite a lot.

What is your favorite project to date? What makes it important?

The short film, “Solstice” that I created with Ed Skudder is probably my favorite project so far. It was an idea that we had been kicking around for a while before we finally settled down and made it. It was extremely challenging, and I learned a lot from working on the production! I think it's so important to me because it was really an amazing feeling to see your own idea come to fruition with the decisions you make. 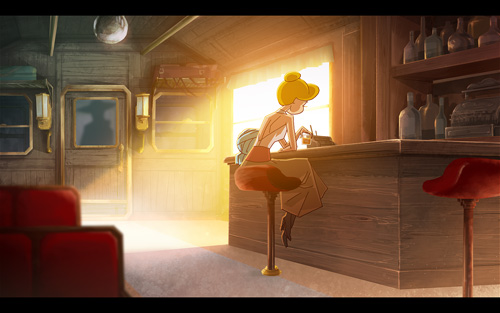 What are some of your main inspirations and activities outside of art making?

Apart from the stuff listed in the common themes sections, I think I'm heavily influenced by comics and graphic novels, my co-workers and friends, and lots of short films and movies. When I'm not drawing, I like playing video games, spending money on clothes and jewelry, trying to read more, eating food, yoga, watching puppy videos, and more recently, indoor bouldering!

Where can people check out your upcoming projects, links to your animations, etc?

You can find my personal art blog here, the preview for Solstice, and Dogsnack here! Also watch out for the show I'm working on! It's called Star Vs. The Forces of Evil, and it's coming out sometime in the next year!! It's gonna be a good one. Ed and I have something that will be coming out in one of the episodes of Garfunkle and Oates on IFC. Also, watch the name Goldieblox! So basically, just watch TV forever.

A huge thanks to Lynn for sharing her thoughts, current projects, and behind the scenes in making! You can see her work for Light Grey Art Lab on the Omnibus Treasury online gallery and in the first Great Personality Dating Games here!
Posted by Jenny Bookler at 11:57 AM