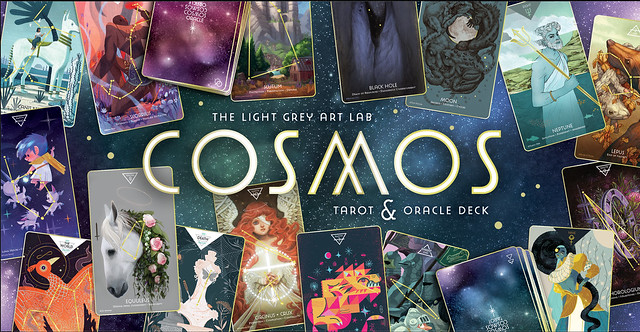 The COSMOS Tarot & Oracle Deck is here! We are proud to present this collaborative, 100 artist deck celebrating the 88 modern constellations, planets, and astral bodies! You can find the pre-sale of the project on the Light Grey Shop here.

As we lead up to the show, opening October 30th, we will be highlighting some of the fantastic illustrations and mythology behind the project- Keep an eye out for your favorite artists and pieces!

Today we are sharing a sneak peek of work by Boya Sun. Boya is an illustrator who was born in Beijing and grew up in Canada, who later went on to study illustration at the Maryland Institute College of Art. His work boasts dynamic compositions, and intense colors! You can find more of Boya’s work on his website (www.boyasun.com) 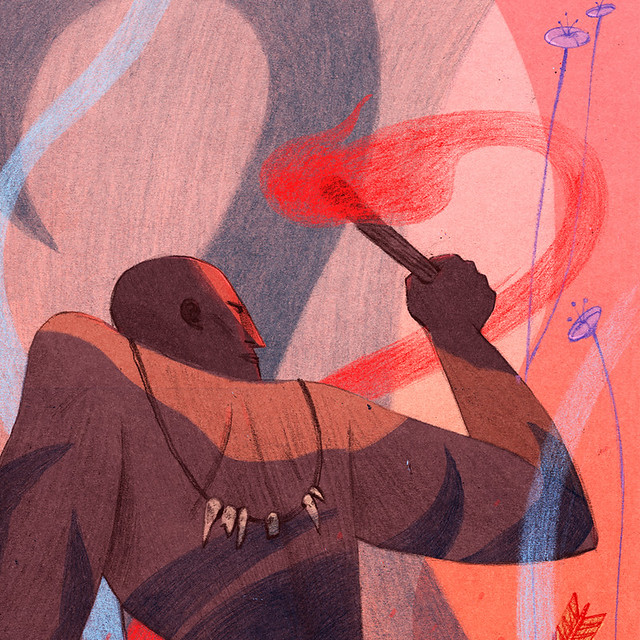 About this card:
Scorpius (also known as Scorpio) is one of the oldest constellations in the sky. Scorpius was memorialized after killing Orion for his arrogant exclamation that he could kill all of the animals on Earth. The theme of death is not unfamiliar to Scorpius. Scorpio rules the eighth house, which is the house of death, sex and resources. Of course, none of these aspects should be taken lightly and the seriousness of a Scorpio's demeanor will reflect the things they rule over. Though it is a water sign (which would normally indicate an emotional individual) Scorpio's reserved nature makes them prone to repressing their emotions.

Scorpio is fearless, intense and passionate. They are highly competitive, a trait that comes out in both work and play. They are unafraid of taking risks and often find the thrill that comes with fighting things head-on worth a potential negative outcome. In personal matters, they prefer to see the world in black and white. Highly secretive and easily suspicious of others because of their uncanny ability to see the motives of others, they do not waste time in relationships or matters where they feel at risk or if the other party is acting ambiguously. They know what they want and aren't afraid to get it.
Posted by Jenny Bookler at 12:39 PM